At SuperPro, we innovate

The advantage of using polyurethane over rubbing in the creation of suspension components has impressed engineers and designers so much that it has become a preferred material for many new and creative concepts involving suspension technology. Polyurethane is now extensively used by Original Experience Manufacturers in new vehicles and to rectify inherent design flaws in many applications, particularly in high performance vehicles, without changing the actual design of the suspension.

Below is a list of some of the technology that delivers the SuperPro advantage:

Body roll can be controlled several different ways including with sway bars or stabilizer bars. Another way involves thoughtful and intelligent geometry changes.

The specially blended polyurethane used in SuperPro products has specific mechanical properties that make it extremely successful in its applications. The combined properties result in an extreme resistance to abrasion, low compression set, high tear strength and a resistance to oils and solvents.

This makes SuperPro ideal for most automotive applications, primarily because of the materialÃÂ¢ÃÂÃÂs tendency to lead to a resilient product that is highly versatile in its various applications. 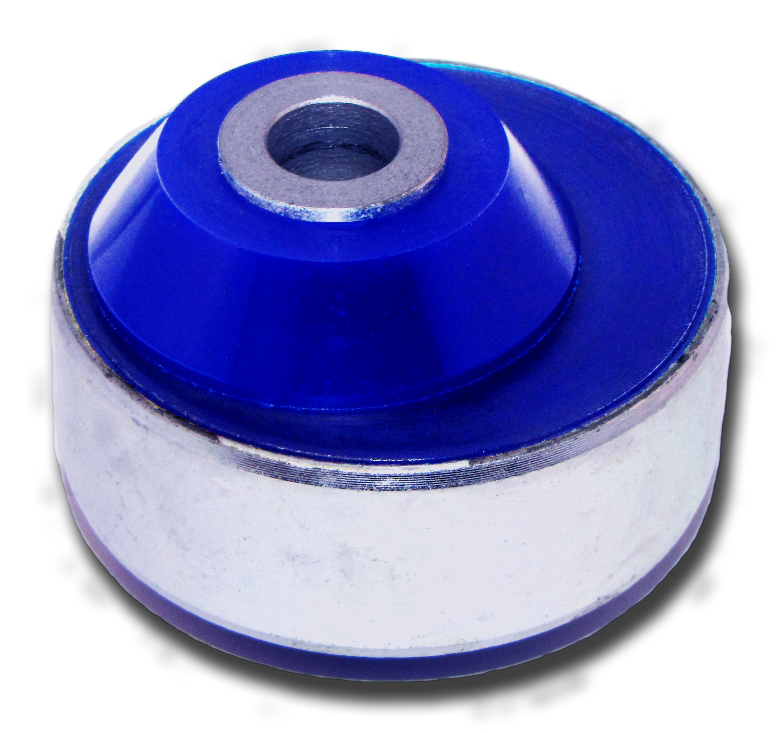 Vertical pivot bushings are now very commonly used by OEM engineers to the chassis. This solution provides great benefits in location precision but has its own inherent weaknesses that can lead to premature failure.

SuperPro has developed a unique metal and polyurethane hybrid design for this demanding application. Combining the core strengths of SuperPros engineered polyurethane with a specialized metal ball joint, the DuroBall design delivers all the benefits of a vertical pivot solution with greater durability and service life.

Crush tubing is an integral component of the suspension bushing system and is necessary for free pivoting. The crush tubes are made to precision tolerances to ensure a precise fit is maintained. Where possible, SuperPro uses high stress, corrosion resistant and hardened Supaloy. This new leaner, lighter alloy solution helps lower weight, fuel usage and running costs while improving service life and reliability.

Other metal components are made from engineered steels and zinc plated for corrosion protection and appearance.

The double helix design feature has led to marked improvements in SuperPro products. The double helix is used in two applications - firstly on the inside of the bush, and secondly on the outside diameter of the crush tube.

Knurling is used to enable unrestricted pivoting of the polyurethane bush around the crush tube or any other mating steel surfaces. The knurling has inherent design advantages - reducing the surface area of polyurethane in contact with the crush tube, which results in less frictional force being developed.

The design of the SuperPro knurl bore combined with the integral grease retention lips, keeps the lubricating grease intact for the life of the bushing, and eliminates the necessity for periodic re-greasing.

Bullet grooves are incorporated in the design of SuperPro bushes to allow for variances in control arms or spring eyes. The voiding and bullet grooves also allow for the transgression of displaced polyurethane into the volume of the grooves as the loads of normal vehicle operation are applied.

Even though polyurethane is in a solid form when it is manufactured into bushes, its unique properties enable it flow in a manner similar to a liquid when loaded. The action of the bush flowing into its voids prevents the generation of noise, vibration and harshness within the bush and its mount.

The tangential grease grooves in the heads of shackle bushes reduce the friction between the head of the bush and the shackle plates. The grooves store grease, which is smeared around the mating surfaces when the spring shackles rotate, forming a lubrication boundary layer. This has the effect of minimizing head friction and reducing noise.

The Research and Development process for SuperPro products constantly gathers information and feedback to provide continuous product improvements. Our Superpro team constantly re-engineers and tests our products on our own fleet of passenger vehicles and 4WDÃÂ¢ÃÂÃÂs, ensuring great performance.

Cyclic testing is performed using specifically designed testing equipment, to offer valuable information on the life and durability of SuperPro products. Australia's diversely unique conditions provide the perfect testing ground for SuperPro products. Encompassing everything from extreme heat, dust, and harsh roads, to race circuits, rally tracks, speedways and drag strips. SuperPro products are extensively tested in a variety of conditions to ensure the highest quality performance and reliability. Our products are also further tested in the diverse climates of Africa, Asia, Australasia, Europe, Middle East, South Pacific, UK and USA. This ensures our products are made to last, no matter how tough the terrain may be!

At SuperPro, we use nominally 70, 80 and 90 Shore A material and have adopted a policy of progressive hardness reduction, using sophisticated polymers, design and casting techniques to eliminate NVH. It is in this noise, vibration, harshness area that we concentrate our greatest developmental efforts towards. For example, SuperPro research may indicate a shackle bushing could produce less noise if the flat sections are replaced by grooved sections. The benefits of a dedicated R&D team have provided on countless occasions new findings that allow finer control of Diametral interference and preload, which minimizes bending or other stresses on mating parts. This leads to less probability of cracking and/or breakage.