History is not a static view of the past. It is the bedrock for experience, wisdom, and the springboard for innovation. SuperPro harnesses product wisdom experience and rich development to improve the quality of every product and process we provide.

In 1983, Graham Scudamore-Smith and founding company Fulcrum Suspensions, embarked on the process of combining cast polyurethane with the manufacture of their very own bushes. Initially used on two wheel drive cars, by 1985 after ongoing problems with wear and tear with leaf spring bushes on 40 and 45 Series Landcruisers, the company started to design and produce Suspension bushes for the emerging 4x4 market.

Below illustrates the colourful timeline of industry-first developmental milestones that has driven real-world results and incidentally garnered a reputation for leadership in global automotive polyurethane manufacturing.

Since 1970, the innovative progression of SuperPro has produced the following improvements: 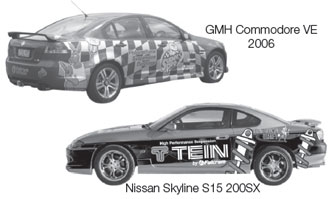 Other key milestones include over 30 years of exporting experience to the harshest environments in the world, which has established a strong European and North American distribution presence since 1999.

SuperPro embraces this rich history of innovation and experience in providing solutions and choice that differs and exceedse original equipment or stock components, SuperPro's strong technological capabilities give it the power to give the power of choice back to the individual.