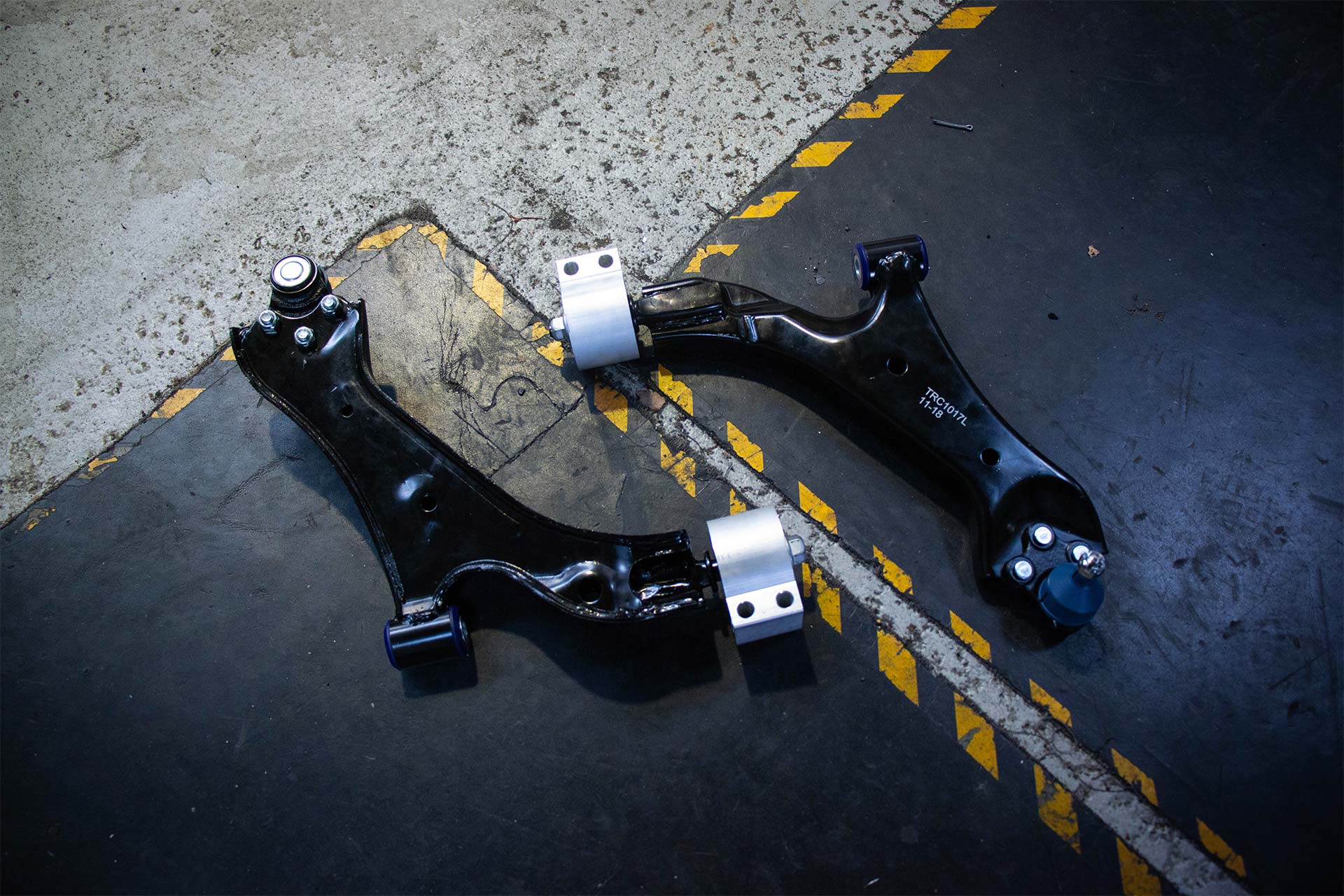 SuperPro are pleased to release a full Front Lower Control Arm Kit for the Holden Captiva.

Made from O.E quality steel, with a SuperPro Vertical Pivot bushing, the front crossbar bushing has been designed and manufactured to maintain similar performance to O.E. but with the improvements of SuperPro to help absorb unwanted noise transfer along the arm.

TRC1017 is a complete control arm kit already assembled, it has been designed so its super easy to fit, why use anything else!